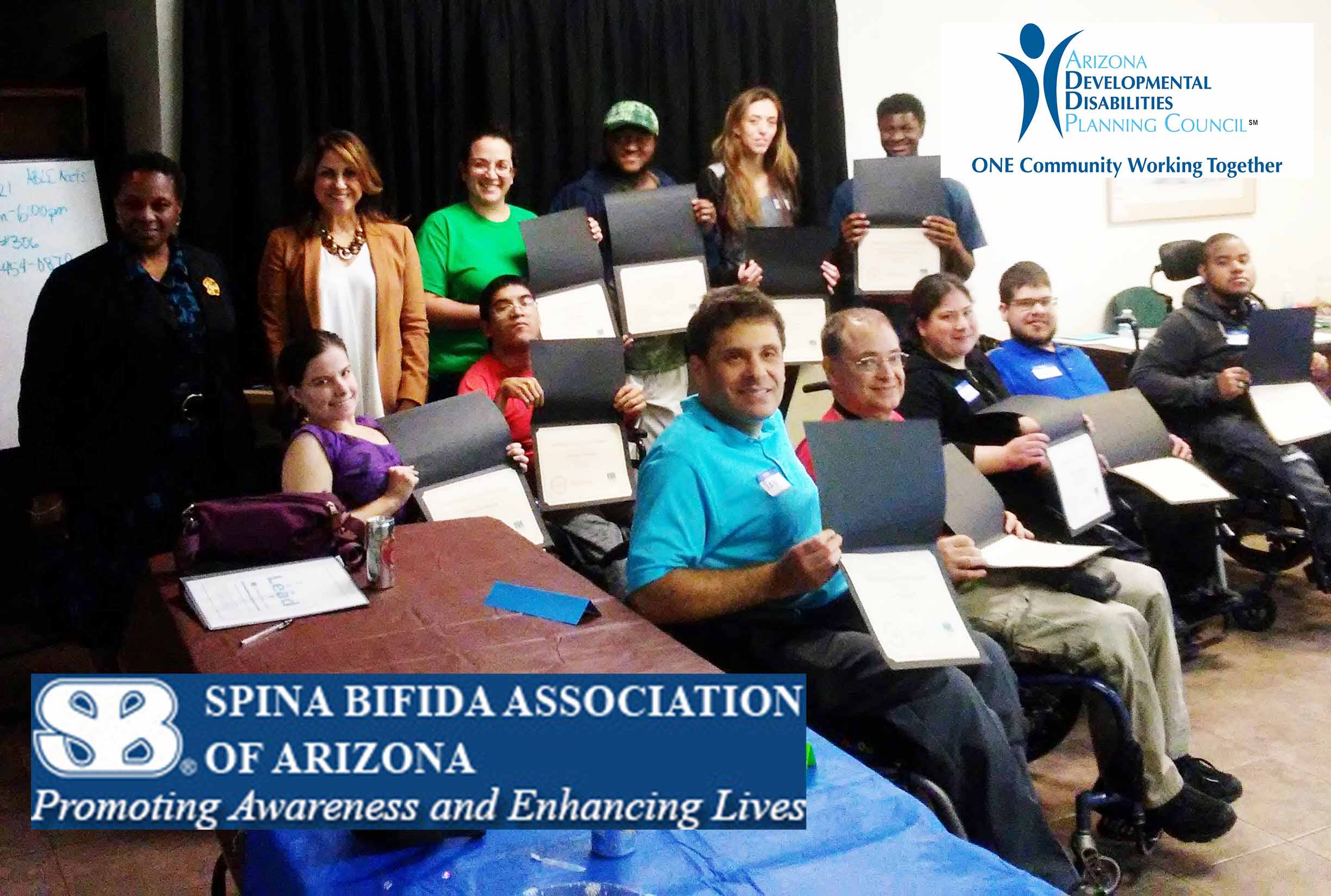 Dave has been the Owner and President of Martin’s Auto Repair since 2006, when he took over the family business from his father. His automotive career began in 1974 working as a station helper and then as a gas attendant.

Dave married his wife Bo in 1992 and they have an adult daughter, Qamree. Dave bowls, plays over the line baseball, and is a passionate football fan, proudly supporting his lifelong favorite team, The Dallas Cowboys.

Dave was born with Spina Bifida and wants to help others affected and increase public awareness. Elected as Chairman of the Board of Directors in 2012, he looks forward to growth and increased involvement and giving.

Ron has been involved in the lives of people with Spina Bifida nearly all his life. He has been an Orthotist for over 30 years and loves working with people in the Spina Bifida community. He has owned his own orthotics company and now works for Hanger. Many of our SB Families have a great love for “Mr. Ron.”

Linda has been a longtime resident of Arizona. She received her Bachelor of Human Biology from Grand Canyon University and her Master of Science and Doctorate of Physical Therapy from AT Still University. She has been a practicing physical therapist since 2000, and has worked with children with disabilities in schools and clinics since 2005. Linda has volunteered many hours over the years as a physical therapist with Healthcare for the Homeless. She is an active member of the National and Arizona chapter of the American Physical Therapy Association.

As a member of the Board of Directors, Linda desires to participate in the association programs to increase Spina Bifida awareness and prevention education.

Jay brings experience in the legal field. He wants to help people, including children, by raising awareness to help decrease the effects of Spina Bifida through education and raise their quality of life by advocating on their behalf. He hopes to network with his fellow legal professionals to assist in raising awareness by participating with time and donations.

Lauren is very excited to be part of the Board of Directors of SBAAZ!

She is passionate about helping others and hopes to make a difference for individuals with disabilities. Lauren is a speech-language pathologist who works with children with speech-language and feeding disorders. She received her Master of Science in Speech-Language Pathology at the University of Arizona. She looks forward to helping support the mission of SBAAZ.

Diane and her husband have lived in four different states and have recently moved back to Arizona. She has been privileged to enjoy numerous career opportunities:  College Administration, Management Lecturer at Fresno State University, VP of Marketing at a retirement community, Real Estate Professional in Kansas and California, and Executive Director of Goldensun, a nonprofit that provides homes and services for adults with developmental disabilities in Glendale, AZ.

Diane has four grown children and three grandchildren.  She and her husband enjoy hiking, spending time with family, traveling, and serving through various mission opportunities.  Diane hopes her various administrative and nonprofit roles will bring perspective and vision to the Spina Bifida Association of Arizona.

Sharri has been a Phoenix transplant since 1999, coming from Orlando, Florida. Sharri and her husband, John, have three adult sons with families of their own and in 2019 adopted their first daughter.

As our Executive Director, Sharri brings to SBAAZ comprehensive experience in business administration and decades of involvement in the non-profit arena. Her desire for the association is to see increased participation and peer mentoring among the membership as well as strong, purposeful programs to meet needs and empower those served.

Jay Dashefsky was born with Spina Bifida and Hydrocephalus. He graduated with a B.A. in Humanities (with a film concentration) and a Master’s Degree in Social Work (M.S.W.) with a concentration in Policy/Program Planning, Administration, and Community.

Jay always emphasizes a can-do attitude and enjoys seeing others succeed. Jay originally became a part of SBAAZ programming through the “Lead the Way” series partially funded by the ADDPC.

As of July 1, 2019, Jay’s position as permanent parttime staff will enable SBAAZ to become better engaged in the community on behalf of individuals with Spina Bifida and facilitate solutions for enhancing the quality of life for those affected in Arizona.